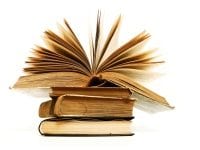 The Volcano Goddess “Pele” arrived here as a mortal from a South Pacific Island. She lived with her family at Keauhou, part of which is now the Volcano Golf & Country Club area. She was later deified and today many of her descendants live on this island.

Early this century, loggers loaded their wagons with Koa and drove down to the 20-mile marker in Glenwood. From there the logs were sent down to to the wharf on the Hilo Railroad. Slowly the area became more populated with Japanese farmers, retirees, artists and others who find the village a peaceful, inspiring place to live and work.