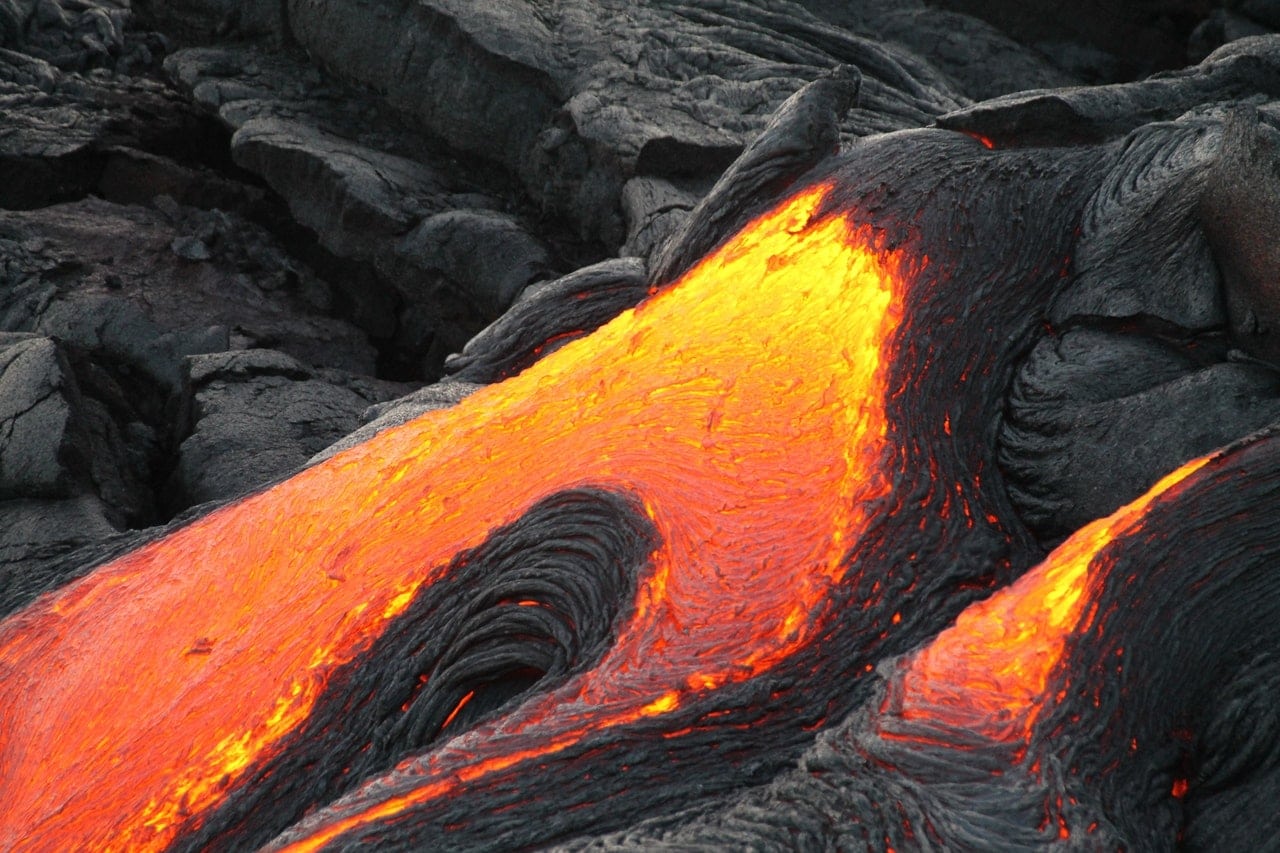 The past two months have been eventful for Hawaii’s Kilauea Volcano. Kilauea is Hawaii’s youngest most active volcano. According to recent reports, eruptions continue at its summit and East Rift Zone. Eruptive activity was first reported in early March.

With the help of the Hawaii Tribue-Herald, we’ve put together a timeline of recent events that led to three-quarters of the Halema‘uma‘u floor being covered in a new layer of lava.

March 3: An upstream lava flow surfaced on March 3 in Kilauea’s east rift zone. Scientists say activity during the past month suggests that a new vent could form and that lava flow could be imminent.

April 7: A cloud of ash rose above Kilauea’s Halema‘uma‘u crater after part of a rock wall collapsed into the lava lake.

April 10: HVO detected a swarm of small earthquakes between 5 and 10 kilometers below the summit. Brian Shiro, HVO seismologist, said that’s a result of magma moving through the volcano’s plumbing. It occurred at the right depth to be located within or around the lower magma chamber.

April 17: Experts reported Kilauea’s summit lava lake was the highest it’s been since January 2017. The lake inside Overlook crater, which sits inside Halema‘uma‘u Crater, continually rises and falls in concert with magma pressure below. As of the morning of April 16, this cycle had pushed it to just 33 feet below the Overlook rim, making it visible from a safe distance.

April 21: Kilauea’s summit lava lake covered nearly 40 acres of Halema‘uma‘u after rising over the top of Overlook crater. The lake remained relatively high the third week of April before first spilling over the night of April 21.

April 23: Lava from Kilauea’s summit lava lake spilled out of its Overlook crater onto the floor of Halemaumau Crater on Monday, resulting in the largest overflow since the summit vent opened up 10 years ago. The lava lake then began to recede after the summit entered a deflationary period, but experts believe the overflows represent the latest signs of potential heightened activity at Kilauea volcano.

April 27: About three-quarters of the Halema‘uma‘u was covered in a new layer of lava (the crater is about 133 acres in size). Kilauea remains in a high inflationary period.

Please be advised: the area around Halema‘uma‘u remains closed to the public because of volcanic hazards, including elevated sulfur dioxide gas emissions and possible rockfalls and explosions. Hikers and visitors to the lower Puʻu ʻŌʻō lava flow field should be prepared for a variety of hazards, including, but not limited to: hard, rough, uneven and sharp terrain, which can lead to falls, abrasions, lacerations, and other injuries, as well as heat exhaustion or dehydration. Heavy rains can occur with little warning, producing a steamy ground-fog on recent flows that severely limits visibility. This steam can be acidic and should be avoided. No services are available on the lava flow field and cell reception is limited.

Webcam views of the flow field.

Maps of the lava flow field.